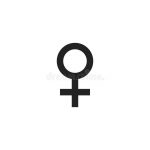 Second planet from the Sun and our closest planetary neighbor, Venus is similar in structure and size to Earth, but it is a very different world. Venus spins backwards on her axis, with the Sun rising in the west and setting in the east. Uranus is the only other planet that does this. Venus’ thick atmosphere makes her the hottest planet in our solar system, with surface temperatures reaching a scalding 880 degrees Fahrenheit--even though Mercury is closer to the Sun. It takes Venus longer to rotate about her axis than any other planet in the Solar System, taking about 243 Earth days to spin around just once. Even though Venushas a similarly-sized iron core as our planet, her magnetic field is much weaker than the Earth's due to her slow rotation.

Although the surface rotates slowly, the winds blow at hurricane force, sending clouds completely around the planet every five days. Atmospheric lightning bursts light up these quick-moving clouds. From space, Venus is bright white because the clouds reflect and scatter sunlight. On the surface, the rocks are different shades of grey, like rocks on Earth, but the thick atmosphere filters the sunlight so that everything looks orange when you’re standing on Venus. The atmosphere is so heavy it feels like you are 1 mile deep underwater. Venus' high surface temperatures overheat electronics in spacecraft in a short time, so it seems unlikely that a person could survive for long on the Venusian surface.

Venus has no rings and no moons. The planet is bright enough to be seen in a clear midday sky and is more easily visible when the Sun is low on the horizon or setting. As an inferior planet, (lying between the Sun and Earth), she always lies within about 47° of the Sun. Although Mercury, the other inferior planet, reaches a maximum elongation of only 28° and is often difficult to discern in twilight, Venus is hard to miss when at her brightest. Her greater maximum elongation means she is visible in dark skies long after sunset.

We experience a retrograde cycle when Venus "overtakes" Earth every 584 days as she orbits the Sun. During this cycle, Venus changes from the "Evening Star", visible after sunset, to the "Morning Star," visible before sunrise. Because the movements of Venus appear to be discontinuous (disappearing due to its proximity to the Sun for many days at a time, then reappearing on the other horizon), some cultures did not recognize Venus as a single entity; instead, they assumed her to be two separate stars on each horizon. Nonetheless, there is evidence that the ancient Sumerians already knew that the morning and evening stars were the same celestial object.

The ancient Greeks also initially believed Venus to be two separate stars: Phosphorus, the morning star, and Hesperus, the evening star. Though they recognized Venus as a single object, the ancient Romans continued to designate the morning aspect of Venus as Lucifer, literally "Light-Bringer," and the evening aspect as Vesper, both of which are literal translations of their traditional Greek names.

Venus makes a complete orbit around the Sun (a Venusian year) in 225 Earth days. Her orbit around the Sun is the most circular of any planet — nearly a perfect circle. With an axial tilt of just 3 degrees, Venus spins nearly upright, and so does not experience noticeable seasons. She spends 30-40 days traveling through one sign when she is moving at her fastest speed. When she is retrograde, it can take up to 80 days to move through a sign. It takes Venus about 14 months to travel through all the signs. She retrogrades every18 months or so, and each retrograde lasts about 40 days. 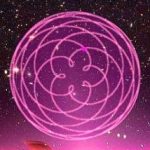 Venus has a very particular retrograde pattern, going retrograde in only 5 signs ever: Gemini, Capricorn/early Aquarius, Leo/early Virgo, Aries, and Libra/Scorpio. She produces that visual we see by going retrograde in those 5 different signs over the course of every 8 years. It's beautiful, isn't it? It is during Venus' retrograde that she shifts back and forth from morning to evening star. She begins her journey as an evening star, and after the inferior conjunction between Venus and the Sun in the middle of her retrograde cycle, she disappears for a while and reemerges as the morning star just before she goes direct. This inferior conjunction begins a new cycle of heart-centered awareness that comes out of the Truth that is revealed by the Light AND the Dark interacting with one another.

During the Sun Venus inferior conjunction, Venus makes the closest approach to Earth of any planet. However, because she spends much of her orbital period away from Earth, she is the closest planet to Earth for only a small amount of the time. Mercury is actually the planet that is closest to Earth most of the time.

Venus has been a prime target for early interplanetary exploration. It was the first planet beyond Earth visited by a spacecraft (Mariner 2 in 1962), and the first to be successfully landed on (by Venera 7 in 1970). Her thick clouds render observation of her surface impossible in visible light. Plans have been proposed for rovers or more complex missions, but they are hindered by the planet’s hostile surface conditions. More than 40 spacecraft have explored Venus. In 1991 the Magellan mission mapped the planet's surface, and Akatsuki is currently orbiting Venus. In January 2020, astronomers reported evidence that suggests that the planet is currently volcanically active.

Astrologically and in the classical sense, Venus describes what and who you love, what attracts you, and your romantic nature. She is very much about your level of self-worth and self-esteem, which in turn describes what you value as well as your relationship with money and other material comforts. As the Goddess of Love, Venus is one of the two main dispositors of your divine feminine Self. With the advent of awakening consciousness, she has only recently begun to activate the heart center and the high heart center (where you commune with Source). The Divine Feminine is such a key piece of your existence here on Earth, and you are living in a time when this Truth is being restored to your awareness. Venus is one of the vital forces that births the experience of your higher Self. In cosmic consciousness, Venus represents your emotional body, not to be confused with your feelings. Your emotional body is housed in the heart center, and Venus is the archetype that oversees your capacity to Love.

According to myth, Venus-Aphrodite was born of sea foam. Wikipedia says that “Roman theology presents Venus as the yielding, watery female principle, essential to the generation and balance of life. In classical 3D consciousness, Mars is considered Venus’ male counterpart and he is active and fiery. Venus absorbs and tempers the male essence, uniting the opposites of male and female in mutual affection. Under the microscope of the repressed feminine consciousness, she has been known to be essentially assimilative and benign, embracing several otherwise quite disparate functions, such as sexual success, good fortune and prosperity.”

But with an awakened consciousness, Venus and Mars can be seen as the co-dispositors of the now fully-empowered Divine Feminine. That 'great romance' astrologers have focused on for so long is actually the newly acquired capacity for Self Love, the gift that results from true and total surrender. Surrender is something we do when we are ready to achieve a real connection with Source. And what is Source, if not the highest part of you? This ‘great romance’ turns out to be the one you're having with your Self.

In the new consciousness, there is no separation between you and anyone or anything 'out there', so that any time you feel particularly drawn to or averted to another person (or anything), you have an opportunity to perceive the Truth about your Self... that is, to Self-Realize.

This is the new meaning of the Venus Mars connection, as it calibrates and rewires your divine feminine energies. It relates to the part of you that just is, that allows you to BE your Self without any judgment or limiting beliefs. This lifts your focus to your higher Self, letting your Truth emerge.

When you allow your heart to move you, right action becomes possible. Being moved by your heart can lead to action taken, or it can lead to inner realization. Either of these can uplift your consciousness, and it can open you to the true perception of your oneness with everything 'out there' in the world.

When the heart is open you are peaceful. The people, places and things that once bothered you don't affect you at all when your heart is open, because it is always attuned to you and your highest good. It knows the way home, and it automatically moves you toward it, without any need for linear mental processing.

That said, the heart cannot deliver us to an ascended state of consciousness without Mercury. Mercury has been through a major upgrade of his own, and he is now deeply attuned to the higher Mind. When an awakened Mercury combines with an awakened Venus, the two archetypes become the new Divine Male/Female balance that is expressed through our higher Selves. This Masculine/Feminine mind/heart connection is no longer a ‘romance’ of the 3D kind. Gender is far more fluid in the higher dimensions. The evolved Mercury/Venus connection is an essential relationship that must be achieved, honored, embraced and balanced within each of us, if we are going to attain a 5D consciousness.

Venus remains the dispositor of Taurus, which is a sign far more focused on presence, material beauty and Earth-related goods. She has domain over the inner guidance mechanism, also known as our intuition, guiding us into right action when an open heart and a loving mind are combined.

In the Cosmic Consciousness system, Sedna replaces Venus as the dispositor of Libra. Venus and Sedna are the lower and higher octaves of the heart. Venus reflects the emotional body of the lower four-body system, and her energies are very much alive in the third dimension. Sedna takes the heart level to the 5th dimension and beyond, representing as she does the newly reemerging Divine Feminine. That is a part of our Being that exists well within (and beyond) the spiritual body, and it reflects the high heart within each of us, as well as the Mother Source, the Divine Feminine aspect of God, that has been suppressed and forgotten for so many thousands of years.